To get free demo of Adore Mobile & PC Dialer, Please Fill up the form

As in the Internet era, VoIP services stands unique and inexpensive to internet people. The buzzing word in today’s calling is Voice over Internet Protocol. The revolution of VoIP Phone Technology has already taken into many corporate spaces and ready to exceed the gamut of its today’s version in coming future. According to recent survey nearly 90% of large companies have switched to VoIP technology. Also world has witnessed a great transition of revenue in VoIP from $13 billion in 2002 to $197 billion in 2007. And in terms of usage it has witnessed 8.3 billion minutes in 2002 to 823 billion minutes in 2007. 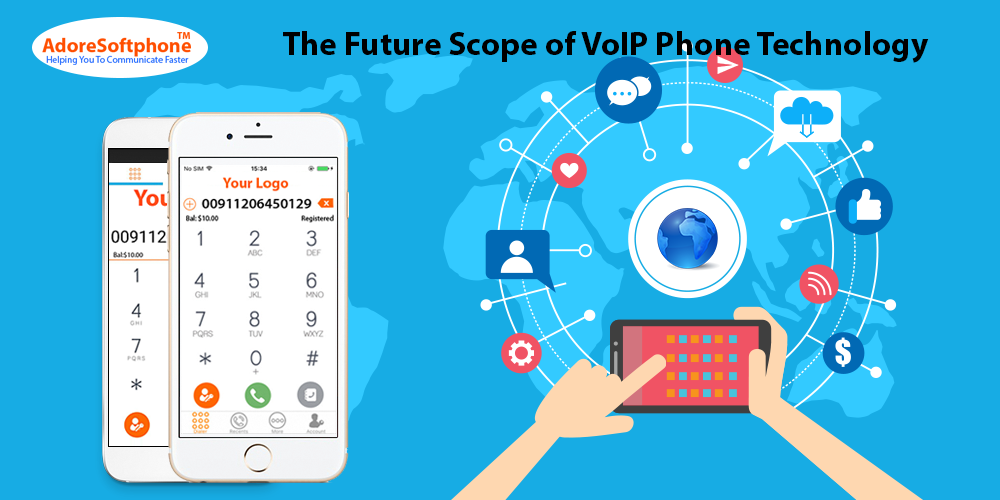 The way today people connect with each other is what VoIP technology dominates over. When the first generation VoIP came it was based on legacy phone networks and was limited to only business and corporations. When second generation VoIP came it had an edge over the previous in it as it provided tools like Skype, offered private and personal usage but still holded back cross platform calling options. Now the present generation VoIP tools like Softphone or Mobile Dialer App etc gain superiority over the former by offering the cross platform calling depending upon the 3G/4G connectivity options. This way VoIP will touch new scales.

Sometimes back making international calls was a tough decision and it restricted loved ones from staying connected but with the introduction of VoIP not only it catered to business needs but also helped narrowing the gap of communication among the personal relations. No more sim needed to be changed for reducing costs as VoIP itself provided cut in costs. Only internet connectivity with a compatible device like VoIP Dialer and a VoIP Phone System fulfilled the requirements. Nowadays video and audio conferencing is the major application of VoIP technology. Technically probing, it is based on multiplexing and multi casting scheme.

With the costs as low as $0.09 per minutes across networks and free calling on net VoIP has served the corporate and business organisations be it governmental or non- governmental or small growing enterprises on platter. Over and over with many researches and practice, VoIP has evolved its voice quality to the best. The speed and bandwidth improvements and proliferation of high speed networks like LTE, coming 5G etc have contributed to the betterment of the Voice over Internet Protocol. Ensuring best voice quality really eliminates the hindrance of communication caused in the business. The costs and quality has subscribed to the capital of the business organisations.

With the novel technology of IOT (Internet Of Things) evolving with fast pace it is expected that by 2020, 20 billion objects will be connected to each other over the internet and it is worth noting that VoIP Phone technology will play a crucial role in controlling IOT automation. Everything in coming future will be retained on cloud and the wide usage of cloud computing will integrate the VoIP technology to have the sound application of the duo. The growth of VoIP technology continues to spell it casts over the world accepting its valuability.